Construction Employment On The Rise 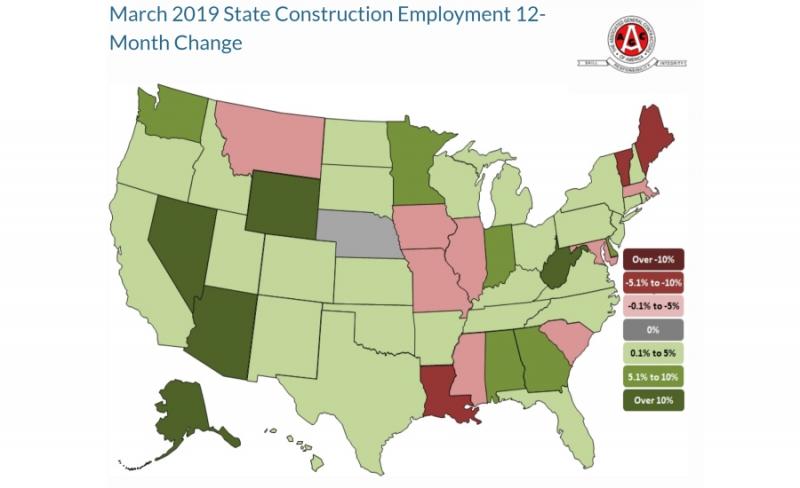 "Although construction has added jobs in many states at a higher rate than the private sector as a whole in the past year, the record number of job openings at the end of February shows contractors would add even more workers if they could," stated chief economist Ken Simonson. "There is no sign of a let-up in the demand for construction workers."

Here's the breakdown of states that added the most jobs between March 2019 and March 2019:

Here's the breakdown of states that added the most jobs on a percentage basis during the same period:

11 States lost jobs over the past 12 months. The largest losses were in:

Officials say there are a record number of job openings in the construction sector.

"Contractors are struggling to find enough qualified workers to hire in order to keep pace with the ongoing demand for construction," said Stephen E. Sandherr, of the Associated General Contractors of America. "Allowing employers to bring in guest workers for positions that can't be filled otherwise will help keep the economy expanding."

You can read the full employment report here.