Do You Want A Quiet House?


← All Articles
As our society has become more technologically advanced our lives have become more noisy. Peace and quiet have become a highly prized luxury. Some towns have instituted noise ordinances in an effort to reduce unwanted noise levels. The modern term for this new technology-based problem is noise pollution.

Unfortunately, noise pollution isn't limited to outside. Inside your home there are many sources of noise pollution. Squeaking floors, dripping faucets, rattling windows, or toilets that run continually are common sources of inner-home noise. Each year manufacturers release new appliances that attempt to further reduce noise emissions in the home. A refrigerator from 1990 is much noisier than one from 2018. Some homeowners invest in soundproofing technologies in an effort to make their home even quieter.

However, most homeowners overlook the primary source of their in-home noise pollution: their plumbing. Banging pipes, the water hammer, and knocking pipes are all common sources of plumbing noise pollution. Copper piping systems tend to have more noise than CPVC (chlorinated polyvinyl chloride) pipes. Pressure changes within copper pipes can cause a shockwave to form, which reverberates throughout the copper pipe. 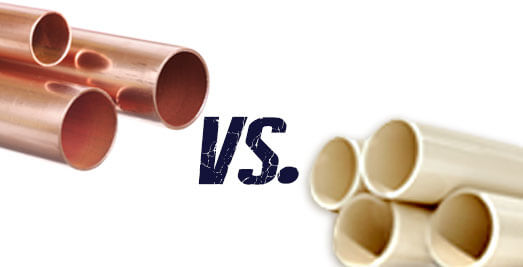 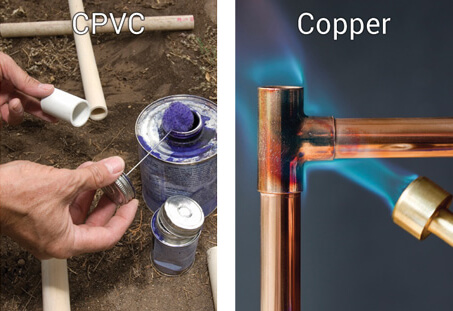 Corrosion is another advantage CPVC pipes have over traditional copper. Where copper pipes are subject to corrosion, CPVC pipes are not. CPVC will never leach harmful chemicals or metal materials into your home water system.

The final advantage CPVC has over copper is cost. CPVC pipes are cheaper and easier to install than traditional copper pipes. Installation is relatively hassle-free and does not require torching.


Less noisy, better insulated, corrosion-free, and less expensive, CPVC pipes are a superior alternative to traditional copper piping systems. While it may not be advantageous to replace copper pipes in your home with CPVC, when it's time to make repairs consider CPVC. If you're building a new home, CPVC are definitely a better route to go.